One of the more dangerous and fascinating parts of the insect world, According to Bugguide.Net, Caementarius is Latin for “mason, builder of walls.” This species is found throughout North America. “Nests may comprise up to 25 cylindrical cells, which are usually oriented vertically. Typically 6 to 15 prey spiders are placed in each cell, though up to 40 have been recorded. The female may provide the cells with a temporary closure consisting of a thin mud curtain to keep out parasites while she is collecting prey. Once the final prey is placed in the cell, she lays an egg on one of the last prey and seals the cell with a thick mud plug. She may then add more mud to cover the entire cluster of cells.” 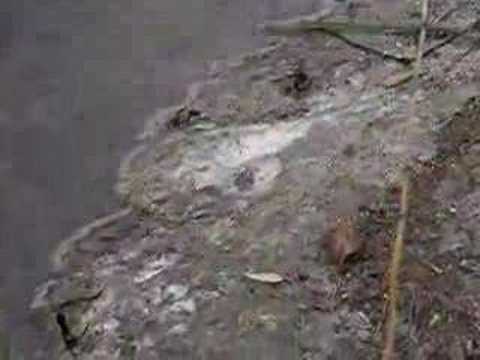