The tiny Epaulette shark is a relatively new discovery, but one that is unique in its style and method of movement.

The “walking” shark, rather than swim around to gather prey, walks across the bottom, using its fins to take it where it wants to go. 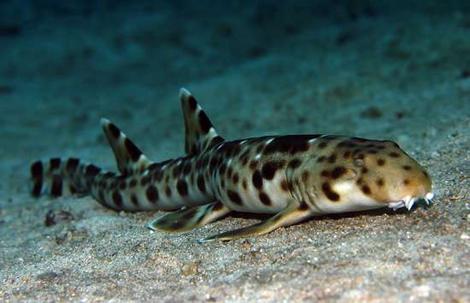 Discovered only as recently as 2006 it is believed to be an entirely new species of shark and one that is well worth exploration, living as it does in only a few restricted areas.

The Following information comes from the Mongabay.com website, which has a short article on the walking shark

Not a lot is know of the sharks breeding and feeding habits as they are still being explored by scientists, being such a very recent discovery

Threats from over-fishing with dynamite and cyanide, as well as deforestation and mining that degrade coastal waters, require immediate steps to protect the unique marine life that sustains local communities.

The video below has several sea creatures with the beginning footage that of the walking shark in action. 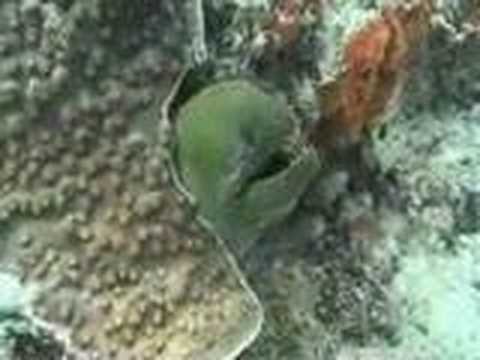 US SCIENTISTS have discovered a shark off the coast of Indonesia that can walk on its fins.

A team from Conservation International said they had found 52 new species off the province of Papua. These included 24 types of fish, 20 types of coral and eight new species of shrimp. Another was a shrimp that looked like a praying mantis.

But the team warned that the area, known as Bird’s Head Seascape, was under threat from fishermen using dynamite and cyanide.

“It’s one of the most stunningly beautiful landscapes and seascapes on the planet,” Conservation International’s Mark Erdmann said. “Above and below water, it’s simply mind blowing.”

The discoveries added to an already legendary reputation for the area, which stretched for more than 194,000 square kilometres, Mr Erdmann said.

Dubbed Asia’s coral triangle, it is home to more than 1200 species of fish and almost 600 species of reef-building coral — 75 per cent of the world’s total.

Conservation International called on the Indonesian Government to set up marine parks around Bird’s Head Seascape to protect the wildlife.

Among the most unusual finds were two new small epaulette sharks that spend much of their time skulking on the ocean bed looking for treats.

They grow to 1.2 metres and often scamper around on their muscular pectoral fins.

“They spend a lot of time on the bottom and they’re hunting for mussels and crabs and the things that live in the sand or on the sand,” he said.

Epaulette sharks are so called because two large round spots near their heads resemble shoulder ornaments.