The Jerboa is a very small rodent part of the family of Dipodidae, which is found in the more dry parts of Asia, and North Africa.

Living also In Northern Europe, the Jerboa has very long hind feet and short front legs and can walk on their hind feet like kangaroos do.

In fact they always walk upright or hop like kangaroos. 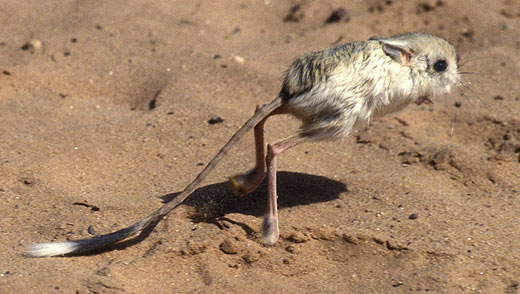 A jerboa can hop faster than any person can run, and a single jump can take it well over six feet, which is many times its’ body length.

Jerboas have very long silky fur, tan colored above and paler below and most types of Jerboa have a black face mask that it reminiscent of a kangaroo.

The combined head and body length is between 2 and 8 in. (5–20 cm), depending on the species; the tail is usually longer than their body.

When the animal sits, the tail is used as a prop. Jerboa is very solitary and also nocturnal animals, which means they feed, hunt, and run around at night.

They live in mostly desert type environments but tend to have a very low tolerance for heat, so the jerboas spend the day in burrows with plugged entrances. 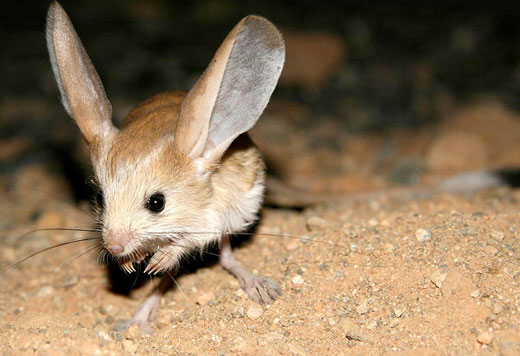 In the northern parts of their range they hibernate; some jerboas of the true deserts aestivate. They feed on plant matter, especially seeds, and insects.

They do not drink, but survive on water obtained from food or produced by their own metabolism. The similar appearing kangaroo rat and jumping mouse of North America are not of the same family as the jerboa.