The Sucker Footed Bat is a bat named for its suction cup like feet that allow for it to grasp onto just about any surface. This type of bat is quite small and is identified by its feet, which contain the sucker like pads on both the thumbs as well as the soles of its feet. 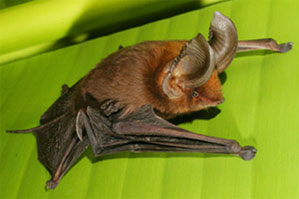 Sucker Footed Bat
The mammal has two large ears that are separate from one another, an upper lip that is larger than the lower lip, and a color that is brown, golden brown, or even a bit orange in appearance. The whole length of these bats usually measures no more than 2.3 inches and weighs about .3 ounces! There is just one official species of the bat known, though there have recently been reports of finding another species of the sucker footed bat.

Habitat of the Sucker Footed Bat
The Sucker Footed Bat is native to the primary and secondary rainforest of eastern Madagascar. This species of bat is also commonly found in agricultural lands as well as urban areas of Madagascar and surrounding areas. The bat has shown to be quite adaptable to new locations so long as there are sources of food, water, and shelter for the species to rely on. The bats are typically seen on the east coast, in what used to be the rain forest region, but with changes in the lands the bats have had to learn to adapt. Though the bat originally was found in the rainforest today it is also found in paddies, marshlands, vanilla plantations, and near streams.

The Diet of the Sucker Footed Bat
The diet of the Sucker Footed Bat varies from location to location but they are known to eat moths and other flying insects. Many scientists believe that the bats are not picky and simply feed on whatever is made available to them. It is known that the bats like to feed over freshly dug paddy fields and will also spend time in recently cleared rain forest areas searching for bugs and other living things that it can easily feed off of and find in abundance.

Reproduction of the Sucker Footed Bat
Very little is known about the reproduction and life cycle of the sucker footed bat. What is known is that one female that was caught had 13 nipples, indicating that the species gives birth to several young at one time and stays with them over time to help them grow and become independent. 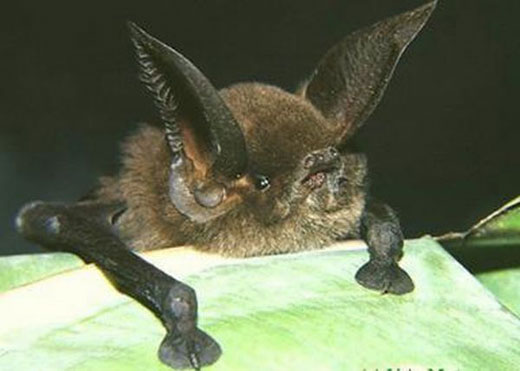 Significance of the Species
Many people are afraid of bats and assume that they are bad for the population at large. The fact of the matter is that the significance of the species in relation to humans is very insignificant, although if you ask those that are involved in agricultural practices bats are an asset as they help to control the population of crop destroying pests. While the species has very little impact on humans it is considered vulnerable, mostly because its native habitat is being destroyed, leaving the bats without a home and the need to adapt to new environments immediately.