Skip to content
HomeNature NewsDon’t Call Me a Chicken. I Have Feelings!

Most people would assert in a heartbeat that hens are stupid. This is however untrue. Quite the opposite! It seems that hens are capable of empathy and even more than that if we were to listen to Carla Carlisle. 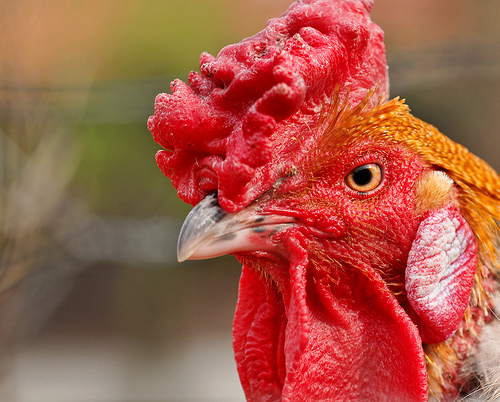 Perhaps its time to start counting on your chickens?

Most of us are by now familiar with Charlotte’s Web, that lovely story about the livestock from a farm which are all endowed with reason.

There is however something the author chose to leave out because he was not sure about the reaction of his young readers. It was a story about a dull hen who committed murder by tearing a poor chick to pieces. The story becomes really interesting when, the hen, full of remorse, decided to eat mothballs in order to commit suicide.

Although the kids of today would have accepted the story in a blink of an eye, White chose to skip it.

The story is however amazing and memorable as it proves that chickens actually have emotional lives that are extremely complex.

It is thus easier to state that chickens do feel empathy, although many might still be skeptic about this.

The following story is real and it was witnessed by Carla Carlisle. A farmer had a hen which managed to survive for three days trapped under the perches of the hen house during the usual fumigation. Carla continues her story of this Lohmann brown hen called Lucky and it is very interesting to say the least. After the above mentioned adventure, she adopted Lucky in which she saw a veritable survivor. That hen proved its intelligence from day one as the bird never stopped expressing its gratefulness. Lucky was practically following Carla everywhere, talking all the time, sitting on her foot whenever she sat down. The hen never went to eat the corn of the Brahma hens in the yard, always waiting for the leftovers. She did not seem to be interested in the cockerel of the other breed and went to sleep in the hen house only after a week. Lucky practically learnt the routine in the yard and managed to gradually become a member of the elegant Brahma chickens flock.

The conclusion is that chickens do have a personality which expresses itself once the bird is taken out of the flock. Dr. Morton from Cambridge made this idea even more credible.

While researching for the disorder called Huntington’s disease, she worked with some ewes which, as soon as they were taken out of their flat lives, developed a clear-cut personality, playful and enthusiastic.

The scientist was simply astonished by the intelligence of these sheep, stating that such animals were thought to be stupid partly because they were observed as a flock, not as individuals. When in herds, all animals behave rather ridiculously. This actually happens to young men, too.

Carla Carlisle also mentioned her two Shetland sheep which was raised together with a calf of their own age. The three became very good friends, taking care of one another, sharing the food and feeling empathic when the calf was visited by the vet. The sheep came to reassure their friend every time it returned to the fold.

Animals can thus show feelings towards each other and they are not as stupid as many people consider them to be. Entire pages could be written to prove all of the above.