The Bunyip is a mythical beast of Australian Folklore which also has ties to Aboriginal mythology. The name Bunyip is translated as ‘Devil’ or ‘Spirit’ and the beast has most commonly been described as some kind of lake monster said to dwell in things such as billabongs and swamps. Accounts from early Aboriginal drawings show
Read More

A man has been forced to marry a goat after he was found making love to the animal in Sudan. Mr Alifi said: “It was approximately midnight when Tombe, (the goat lover) arrived. I was in bed at the time. All of a Sudden, I heard the goat outside, it was being really loud”. I
Read More

A family were living in fear in Queensland, Australia, after a massive snake ate their pet dog. A 16ft python had been stalking their pet Chihuahua for days before following him into the family home. It curled up on the Chihuahua’s bed prior to eating him in front of the pet’s owner, Daniel Peric. Daniel
Read More

A Siberian tiger went on a rampage at San Francisco Zoo in California and murdered a 17 year old boy who was visiting the zoo. The Teen, Carlos Sousa, sadly died after the attack. Police arrived at the zoo to find one man dead outside the tigers cage and two other victims where found badly
Read More

Scott Wright, 34 was attacked by a shark on Australia’s Bondi Beach for the first time in over 70 years. He was swimming to the south of the beach on Friday late afternoon whilst a small shark attacked him, leaving him with deep wounds. Scott, a visitor from Tasmania, managed to make his way to
Read More

Novon Mashiah, the fisherman seen in the below photo almost became a tasty meal for a monstrous friend lurking below the waters, whilst he took a trip on a river east of Darwin, Australia, and a massive saltwater crocodile jumped out of the water after he pointed at it. The crocodile who was thought to
Read More

An endangered kind of pygmy hippopotamus has been snapped on camera. One of the most cautious mammals on Earth, the pygmy hippo is hardly ever seen in the wild but was snapped in west Africa, in the country’s national park. The hippo, which resembles a smaller version of the hippopotamus, had been recognized by the
Read More 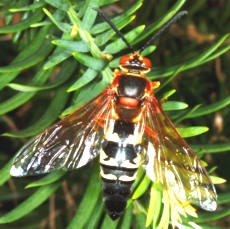 The Canada goose is one of the most common birds in the world, and as such may create some problems. They have a black head and neck a white chin strap marking and a brown grey body. There are several other species of the Canada goose. The Canada goose is a relatively large goose and
Read More

Blue Tongued Lizard (This is Dianas suggestion. She likes this one because it has a smurf looking tongue.) Blue Tongues Lizards are reptiles, from the family of lizard’s called skinks. In Australia where they live, they are called lizards, although lizards don’t usually occur in Australia. They are among some of the largest members of
Read More

One of the most impressive predators in the world, the Scottish Wildcat is intelligent, patient, agile and powerful, pound for pound as powerful as any other cat alive, large or small. Until as short a time ago as 1950, Scotsmen believed them to be mankillers. The Scottish Wildcat They hold the distinction and legend of
Read More